Examining the intersections of glitches, object-oriented ontologies, and popular nostalgia, writer and musician Grafton Tanner’s first book uses Vaporwave as a lens through which to contextualize the confluence of pop and subcultures, consumer capitalism, and web 2.0 reality. In Babbling Corpse: Vaporwave and the Commodification of Ghosts,Tanner gives no history or definition of this late 2000’s / early -10’s musical genre, though it typically encompasses a largely internet-based phenomenon known for looping, sampling and blending cultural artifacts from the 80’s and 90’s with elevator music, smooth jazz, and other ambient genres. Specifically employing Vaporwave to dissect the internet and its hauntologies--the notion of yearning for futures never fulfilled-- Babbling Corpse uses the genre to reveal its parent culture of trauma and regression in the age of late capitalism (xi).

Tanner takes effort to situate the reader within the contemporary digital moment. He observes how the presence of low-cost digital audio workstations make what is referred to as haunted media ubiquitous. Haunted media, in Tanners terms, animates the dead through sampling long-forgotten hits, uses the persistence of looping to evoke the uncanny, and shows how the glitch further disorients listeners by signaling something has perhaps gone wrong. Tanner argues that there is something inhuman about the current historical moment and, though Vaporwave’s role in foregrounding the eeriness of electronic media and the emptiness of media technologies is not uncommon in contemporary culture, it can be traced to recent philosophical trends to de-center the human being in favor of an object-oriented philosophy. What this reveals for Tanner is the “end of humanity’s privileged reign” (13).

Citing Graham Harmon’s work on object-oriented philosophy, Tanner builds upon this notion of de-centering the human perspective. He reads Vaporwave through this project of de-privileging the human, as it incorporates non-human contributors and enacts atypical temporal perception through conventions of dispersed and anonymous authorship, digitally-generated effects like glitch and distortion, and the overlay of past and present. Pulling from pop culture moments to demonstrate how the internet as a technology lends itself to unseating the tradition of anthropocentrism, Tannner claims that the culture born from it seeks to destroy all history and start anew. To illustrate this, he looks to the 2012 film Cabin in the Woods in which a group of scientists keep a menagerie of iconic horrors entirely ripped from context in order to bring about the end of the world. Tanner also unpacks the Adult Swim short Too Many Cooks, which presents the audience with a seemingly never-ending 80s/90s family sitcom intro. As an example of an endless, looped, pop culture reverie, this stream of content becomes increasingly surreal and culminates in a madman murdering the entire cast. For Tanner this murderer represents our contemporary culture traveling backwards in time to destroy the past -- a reminder that a pre-internet, pre 9/11 world will never again exist (28-29).

Babbling Corpse then takes up music’s function within capitalism and examines  Vaporwave  as the music of “non-times” and “non-places” (39). In this way, the genre is directly critical of the mainstream genre of periphery music, also called  “vaporized” music (Similar to Muzak from previous decades). Tanner describes how Muzak was designed to function in department stores to increase employee productivity, smooth the process of retail transactions, and was also used in calming cows on their way to slaughter (42). For Tanner the difference between vaporized music and Muzak is that today’s vaporized music is meant to be encountered, not listened to (57). It does not seek to make us more productive or ease a transaction. The purpose today is to give people fearing the future a commodified nostalgic space to retreat into.

For Tanner, Vaporwave offers not only critique through regurgitating, sampling, distorting, and re-presenting music on the periphery of our lives, but it also performs an act of resistance throughout its entire production process: Vaporwave uses pre-made music, is given away for free, and possesses largely anonymous authorship, an act that defies the logic of the age of personal brands.

In his conclusion, Tanner states that this text is not a manifesto, but instead focuses on a flashpoint in culture and points to something that resists global capitalism. Even though some of its elements have entered the mainstream, he contends that Vaporwave allows us to reframe our history and reevaluate the emotional appeal of music from decades past. The ghosts we are haunted by need not be sold back to us, these ghosts can mobilize us to move beyond the cultural nightmare of global capitalism.

We are in the process of migrating our content archive and a website redesign. During this time content is available, but please excuse the aesthetics and poor image quality. This is something we are actively improving. We'll be back soon! 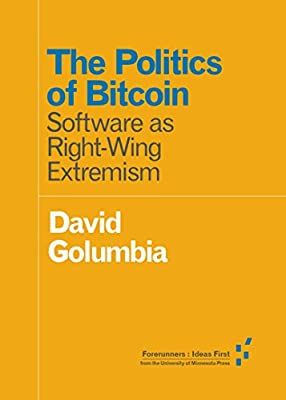